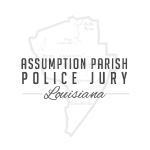 The Pierre Part and Belle River area encompasses 3.0 square miles and is located in the western part of the parish. Pierre Part is a census-designated place with a population of 3,239 in the 2000 census.

Pierre Part was founded by Acadian settlers after they were expelled from Canada, and was predominantly a fishing community until the Great Depression when many men in town found work in the logging, levee building, and petroleum industries.
Community Center
Civic Ready
Photo Gallery
Agendas & Minutes
Code of Ordinances
[]